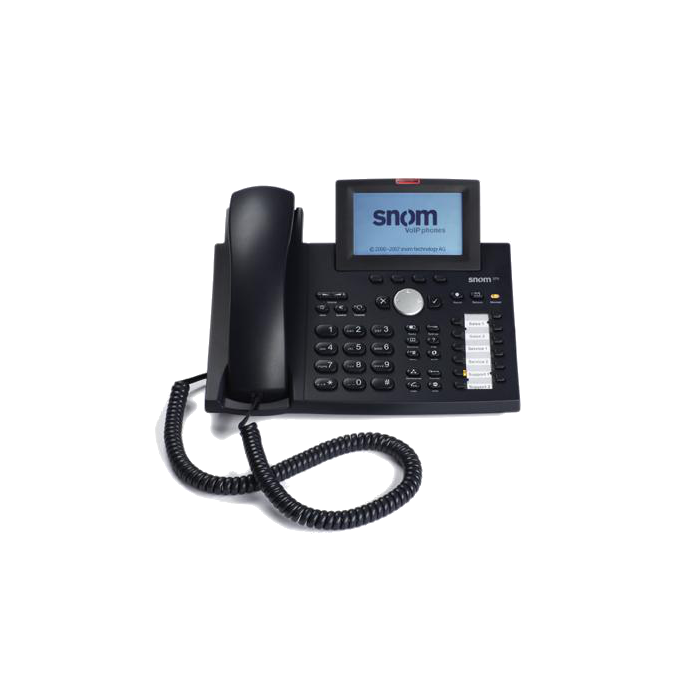 The Snom 370 with its impressive high definition LCD display presents its users with immediate access to a wealth of information on a per caller basis. The Snom 370 has a fully customisable the XML browser which can be modified to the users preferences in order to integrate with global address books and information feeds such as news tickers. These improvements in the Snom 370 interface make for an improved customer experience

The Snom 370 enables greater use of graphics for the display of information not only with the use of the large screen but also with increased memory and storage capacity. The Snom 370 can also be used for playing media such as music while still maintaining the ability for more conservative applications such as VPN

While switching to VoIP may seem a complicated task, setting up your new Snom 370 is child’s play. The simple and intuitive web interface empowers the end user. The Snom 370 includes the options for POE installation offering greater flexibility in the workplace

With the Snom 370 the ability to simultaneously take multiple calls is made easy with the conferencing facility. In addition the Snom 370 also allows for multiple audio channels to be used; headset, speaker and handset at the same time