Be the first to review this product
£115.00
Add to Compare

The Digium D50 has 4 SIP Accounts 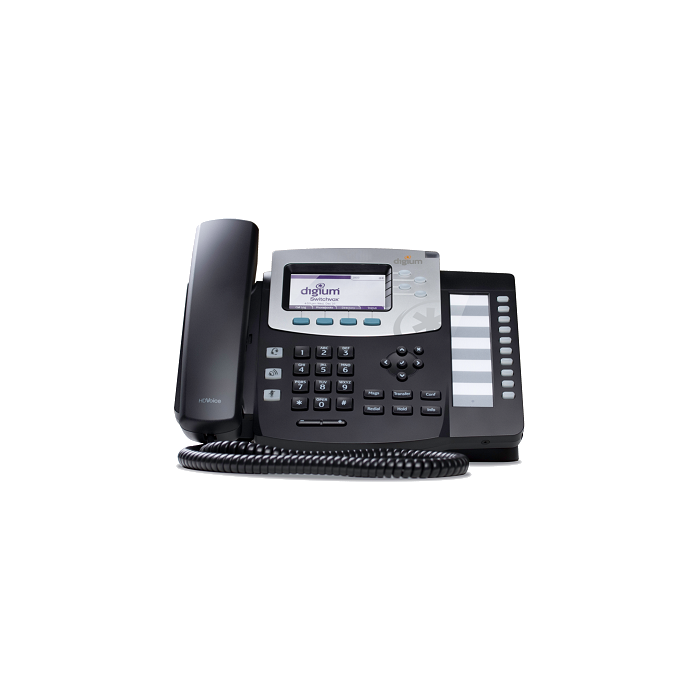 Skip to the beginning of the images gallery
Details
The Digium D50 IP Phone includes the following features:

The Digium D50 has brilliant sound quality; this is because of its HDVoice which produces clear and high quality voice for you and the caller. Furthermore the Digium D50 has a number of additional features which makes it a great IP phone such as: context sensitive soft keys, multiple line appearances and advanced applications, which means you can get to data that you require instantly. In addition the Digium D50 is optimised for Asterisk and Switchvox; Digium built this phone specifically with Asterisk and Switchvox in mind. Even though the Digium D50 has all these features it is still extremely affordable and will not break the bank on anyone’s budget

The Digium D50 also has all the features you need on an IP phone such as: a Contacts Directory, Call Log, Voicemail Button, User presence, Parking, Call Metrics and many more. Even though the Digium D50 is an advanced IP Phone it is incredibly easy to use; the layout of the GUI is simple and every aspect is labeled clearly

In addition; the Digium D50 is extremely easy to set up as it supports plug and play. This means that when you plug your Digium D50 in your Asterisk or Switchvox server will automatically detect the Digium D50; the only configuration you will have to do it select user and then you can start calling